“1930” was made with Unity for the Mini Ludum Dare #23 on Sunday, January 23rd 2011. The theme was “The name of the game must be a year”, with subtheme “Spring physics”. I mostly ignored the subtheme, but I think I was pretty good at that year-thing.

I created the concept, wrote the code (in C#) and modelled the level. Jana Reinhardt created the 3D model for the gorilla. The music was downloaded from Kevin MacLeod’s site. The piece is called “Spazzmatica Polka” and perfectly fits the colors I’ve chosen.

It’s a singleplayer game, where you have to memorize a path from one blue building to another. The path is presented at the start of each level, and can contain gaps which you have overcome with a long jump.

“1930” has only 8 levels, as development time was pretty short (ca. 12 hours) and I really lost motivation at the end of the day. You can play the game here. If you rather want to watch than play, Vimeo has a video walkthrough. 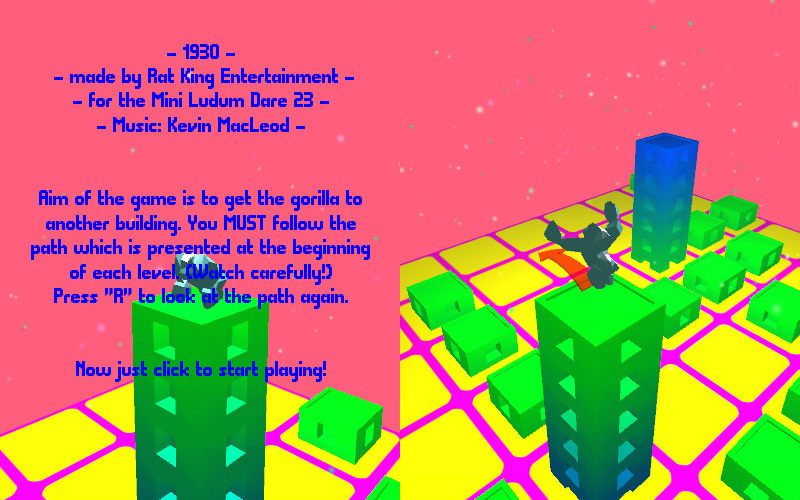 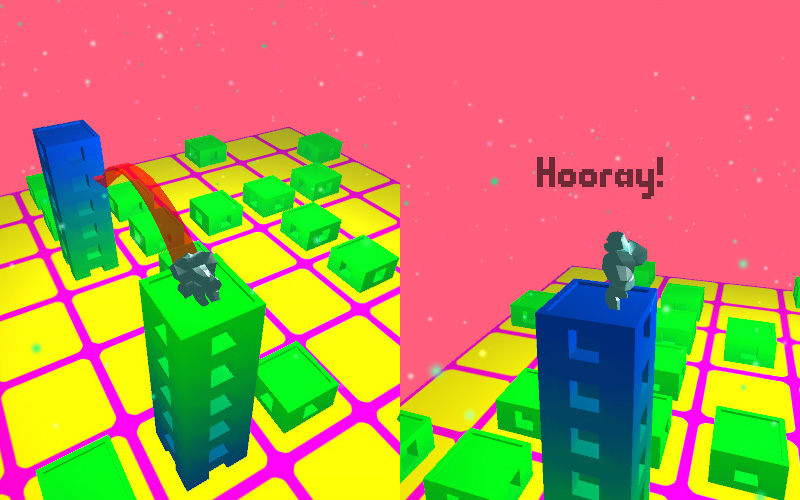